No, not from me—Claudia Suzanne’s Ghostwriting Certification class needs manuscripts to work on. If you have a never-published book manuscript that you’d like some feedback on, contact claudia [at] wambtac [dot] com.

And don’t worry, the students who will be working on the manuscript are all aspiring ghostwriters. They won’t take your work and try to pass it off as their own—their job is doing the opposite. 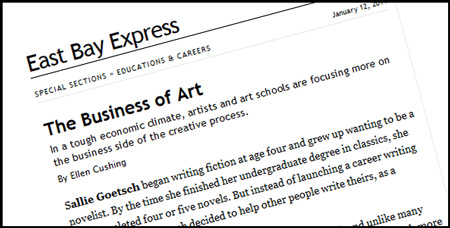 A few days ago on LinkedIn, I came across someone who was trying his hand at ghostwriting for the first time. He had jumped in at the deep end and was writing from recorded interviews rather than a draft, and the client objected that what the writer produced wasn’t in his voice. According to the aggrieved novice ghost, his client’s voice “is pretty much gibberish.”

Some clients do, alas, suffer from a certain lack of coherence, particularly during interviews, where they may be hunting for the best way to express something, or even formulating their ideas on the fly. A straight transcription of such a conversation reads like a fox backtracking through a stream to throw the hounds off its trail. But correcting grammar, eliminating redundancy, and getting to the point fast enough to keep the reader from falling asleep don’t have to neuter your prose. Even if you have no actual writing samples from which to deduce a style (or the writing is as hopeless as the conversation), your client still has a voice.

Everyone uses characteristic expressions when speaking and writing. Some of these are regional; some are generational; some passed down in a family; and some may be unique creations of the user. Chances are you can easily list several such expressions used by your close friends and family members. My mother always used to say “destructions” for “instructions.” (Sometimes I do, too, as a result.) I had a high school friend who would say “Damn skippy!” where others said “Damn straight.” My housemate says “Meanwhile, back at the ranch” when she wants to contrast two situations. Neville Hobson’s predilection for the word “kerfuffle” has become an inside joke on the For Immediate Release podcast, as has his co-host Shel Holtz’ classic consultant’s answer, “It depends.”

Famous ghostwriter Claudia Suzanne includes such expressions among what she calls an author’s “tells,” along with characteristic sentence structure and perspective or intent. Everyone, no matter how poor a writer, has these “tells,” and part of what distinguishes you as a ghostwriter from other writers is your ability to discover and preserve your client’s “tells”—and to be aware of and eliminate your own.

If your client is not a native English speaker, and you are not fluent in your client’s first language, it’s much harder to identify these “tells,” but not impossible. Vocabulary is the biggest challenge, unless your client is very fluent, because you don’t know whether word choice is dictated by a limited phrase book or is actually meaningful. In most cases, you’re going to want to correct any misused words, however charming the error.

But even when you can’t get a direct experience of your client’s natural writing and speaking style, you can certainly get an impression of his or her personality. Sometimes it’s more illuminating to ask the client’s friends or colleagues than to rely on your own impression, because s/he may be more reserved or formal with strangers or people from another culture. Is this a person of few words or many? One whose natural style is academic, learned, even a little dry, or passionate and energetic? A big-picture person or a detail person? Does s/he care about being approachable, or respected? All of these things can help you choose an appropriate writing style.

In the case of the client who has long, rambling telephone conversations, it may be necessary to preserve a rolling style, with multiple clauses per sentence, rather than writing the short sentences you think are better suited to the reader’s short attention span. A client who wants to be approachable wouldn’t write with intimidating vocabulary words or lots of jargon, but one who wants to impress people might.

Unless you know your client very well, you’re unlikely to get the voice perfect in the first draft. Ghostwriting is a collaborative process. It’s your client’s job to go over what you’ve written and make corrections for voice as well as for facts, then give the draft back to you for revisions. As you make the corrections and discuss the manuscript with your client, you’ll develop a better feel for the best way to convey someone else’s identity in writing.

Claudia Suzanne is that contradiction in terms, a famous ghostwriter. After ghostwriting more than 100 titles, both fiction and non-fiction, she knows her stuff. If you want to know it, too, you can sign up for one of her semester-long Ghostwriter Certification courses. She teaches them in-person down in San Diego, and over the phone for everyone else. The cost is $930 plus an $89 materials fee; there’s a payment plan option.

I would love to take this course, but haven’t had a chance yet. I do know the classes fill up quickly, so if you’re an aspiring ghostwriter, you should head to Claudia’s website to register. (And don’t mind the painful collision of font colors—she’s a writer, not a web designer.)