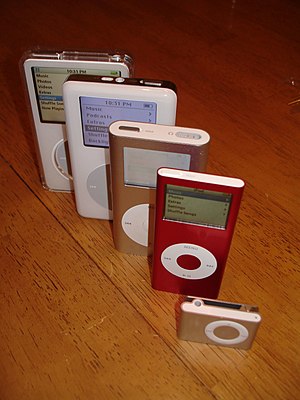 Thanks to the clever folks over at Windows Secrets, I’ve just found the missing link in the e-book/e-reader revolution.

One thing that fueled sales of the iPod, apart from the convenience of buying songs from the iTunes store, was the comparative ease of transferring your existing music collection onto this little electronic device. By the time the iPod hit the market, music was already digital. You could stick your CDs into your computer and “rip” the music from them into MP3 format in a matter of minutes. There was no need to go out and buy music you already owned in the new format.

With books, we haven’t had that option. If you get a Kindle or a Nook or an iPad to read books on, you’ll do fairly well with regard to new books, since the price of a new Kindle or iBook is less than that of a new hardcover, and many authors like J. A. Konrath make Kindle versions of their books available for less than the cost of a mass-market paperback. (Why not, when he’s keeping 70% of the retail price and thus earning more than he would on a print hardcover?)

But even after many rounds of giving books away, and selling them, I own hundreds of books. Novels by favorite authors, that I re-read about once a year. Professional reference books for my current career. Professional reference books from my previous career. Coffee table books (though I have no coffee table) with gorgeous photographs from museum exhibits or places I’ve traveled. The novels and some of the current reference books, at least, I would like to have on an e-reader if I owned one. (Books with photos would work well on the iPad, not as well on the monochrome versions of the Nook or Kindle.)

Am I going to buy 500 books all over again at $9.99 a pop? Not too likely. Especially if I don’t really own the electronic version, which one doesn’t with the Kindle.

But it’s no mean feat to “rip” my paper books onto an e-reader. It would be an enormously tedious process with my current scanner. It’s not as though I could stuff a paperback through the  sheet feeder.

Ion Audio demonstrated a device at CES that begins, at least, to address this problem. They call it the Book Saver, and it’s meant to scan books quickly without destroying them.

With the growing popularity of e-readers and digital books, ION has created the fastest and most convenient system for transferring novels, textbooks and periodicals to the digital realm. Book Saver allows everyone to easily transfer their favorite stories directly to a convenient SD cards. Once converted, the books can be quickly transferred to a computer or e-reader. Book Saver is the only device needed to quickly make all your books, comics, magazines or other documents e-reader compatible.

Book Saver has two cameras that take separate images in rapid succession of each page within an open book. You can scan 200 pages in less than 15 minutes! Book Saver’s cradle, where the book is placed during the scanning process, is also angled as to not require you to hold pages down to get a flat, even surface. While similar devices require up to seven seconds per one page, Book Saver takes only one second per two pages!

That’s pretty impressive, though it would still be quite a job to scan even my collection of novels. But if I didn’t need to do them all at once, it could be workable. Scan a handful of books before a trip, or take an hour or two every week until they’re done.

According to USA Today, Ion expects to price the BookSaver at $189, which is pretty reasonable, though there’s no price listed on the site.  The BookSaver won’t be available until later this year.

If it takes off, we can probably expect to see other manufacturers produce similar devices, and even some improvement in the technology. Book publishers will likely wail about piracy, but they already do that, and books were  pirated before the Kindle was a gleam in the eye of Jeff Bezos. There’s a sound legitimate use for the BookSaver, and it could boost sales of e-readers among some of the biggest book buyers in the world.